Jump to How to Visit Nyhavn | NyhavnTips

On the front page of every visitor guide to Denmark, Nyhavn (pronounced noo-how-an, meaning ‘new harbour’) is a must-visit when travelling to Copenhagen. The brightly coloured buildings overlooking the canal filled with historical wooden ships are a reminder of how Copenhagen used to look over 300 years ago.

Now almost every building is a bar, restaurant or shop. With a preference for outside seating, in summer months you can sit and enjoy the idyllic setting whilst eating some of Denmark’s finest produce, listening to the best jazz music or just drinking a cold beer.

Nyhavn was originally a commercial fishing port, built back in the 1670s. For 200 years it was a hive of economic activity during the height of Denmark’s seafaring power. During the 19th century the harbour was also home to many writers and artists; Hans Christian Andersen lived here for 18 years (in number 20). 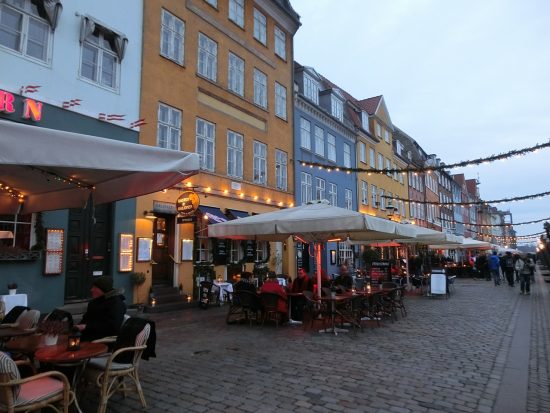 How to Visit Nyhavn

By metro. Kongens Nytorv station is at one end of Nyhavn. It’s the easiest way to get here.

By canal boat. All canal boat tours either start or stop here, so take one of these and you won’t miss it.

By hop on – hop off bus. It’s on the main ‘Mermaid Tour’ route of the buses, stopping at the Kongens Nytorv end of the harbour.

By bike. Following the harbour from Christiansborg (Danish Parliament Building) to the Little Mermaid will take you directly past Nyhavn.

It’s expensive to eat and drink here so if you want to save money, buy some drinks or snacks from a shop and just sit on the edge of the canal like the locals

There are some great ice cream shops found nestled between the bars and restaurants. You’ll normally have to walk down a few steps to get in, but it’s a great option on a summer day

79 Attractions Included with the Copenhagen Card